Gillian Flynn delivers with her debut novel. Sharp Objects stands on its own as a solid literary thriller. I read Gone Girl at the height of the film’s popularity, and after this book it’s safe to say I’m a fan of Flynn’s work. This novel is a story about a damaged journalist working in Chicago who is sent back to her small town to write on the murders of two young children. Wind Gap is the kind of town where the population consists of those who couldn’t escape after high school, so our narrator, Camille, visits a past that still haunts with vibrant life.

To save on travel costs Camille stays with her family, a group wrought with dysfunction. She has a teenage sister she hardly knows, and a stepfather who exists in the background world. Her relationship with her mother consists of a great cold distance where affection has lacked for the better part of a lifetime. When Camilla’s mother reacts to the murders with emotion it is interpreted with resentment,

“Every tragedy that happens in the world happens to my mother, and this more than anything about her turns my stomach. She worries over people she’s never metwho have a spell of bad chance. She cries over news from across the globe. It’s all too much for her, the cruelty of human beings.”

It’s written with wit and insight, and flows with ease. Flynn has the chops to keep me coming back. I’m hoping to check out the film rendition at some point. Flynn recently tweeted out that there’s a book on the way, so in the meantime I’ll be looking forward to that. 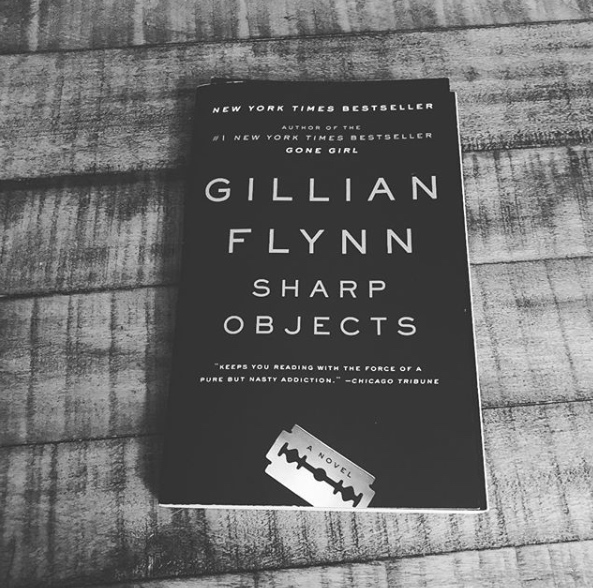