I signed up for Givling during their earliest days, and didn’t put much more thought into it. Their aim was simple: provide something akin to a freemium trivia game, and use the profits to pay off student loan debt. Their plan was a systematic approach to numerical order, paying off the loans on a first come, first serve basis. It seemed to stall out, or at the very least I stopped paying attention for a little while.

Fast forward a couple of years, and a few modifications to their initial plan made it more alluring to both individuals and corporate sponsors. They’ve developed a point system that allows for the occasional winner to move their student debt into the funding queue, regardless of their place in line. The intent is to encourage more interaction, generating more revenue for the purposes of paying off student debt. The daily free play (of which you get two) is worth a point, having other people sign up using your verification code is worth five points, and interacting with ads (following your free plays) is valued at ten points. The point system serves as the number of entries you get in their lottery style drawing. They’ve also set a cap limit of $50,000 per individual, as to distribute funds in a manner that accommodates the greater community.

A little personal information: I’m a recent college graduate, with a fair share of debt. I don’t regret a moment of my education. For my time in college I got to study abroad, discover my love of the theatre, Shakespeare, and recording studios. I read amazing authors I’d of never sought out on my own. I participated in some wonderful experiences that amount to an education I hold in high regard, but the weight of the debt is something that brings me great concern. I don’t expect Givling to be an easy way out, but their work is good, and the game takes only a moment of my time.

Speaking with a hesitant roommate on the subject, he countered with the idea that the model sounds like any number of freemium game apps, and that the vast majority of them are shams. I argued that the only premium addition for paying are more chances to play the trivia game, for which there is a daily prize. These paid plays do not contribute to your own point system, so it’s not packaged in such a way to suggest the psychological manipulation that is the freemium model. I then reiterated the purpose (to pay off student loan debt), and elaborated on their live funding queue (sitting at $122,212 as of this post), which offers the transparency necessary for the development of trust. Yet I trust Givling for more than this act of transparency.

I trust their intent, because of the consistency of their conduct. On the old model only two loans had been paid off in full. I got back on the bus with the revamp last December. Ad revenue is added daily (with more advertisers getting on board with each passing month), and the individual players who choose to pay have their contributions added in real time… but the most important aspect is in their mission: student debt. With actual money coming in on a consistent basis Givling has been able to move forward with their intent, and a third person has been spared the burden of debt. A real person by the name of Alyssa Foster had her remaining debt of $17,500 eliminated. The queue was lowered by that amount, and the next random drawing will be upon us in short time.

This bit here is shameless, but I don’t care. If you haven’t yet signed up for Givling use my code: JB639482 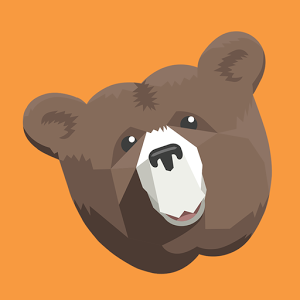 2 thoughts on “Givling: The Startup on a Mission to Eradicate Student Debt”