I’m not one to care much about material possession, but if gifts are in order I’m all about books. For the big dirty thirty I received a copy of On Writing by Stephen King. I’ve had friends suggest this text to me before, but with academic writing taking precedent over fiction I didn’t have time for it.
The book is odd, as it’s broken up into segments that often have little concern of the writing process. It opens with a solid hundred pages of a life story that begins with childhood imagination. The cover of the book reveals the subtitle “A Memoir of the Craft” to which the first and third segments adhere. My expectations were thrown off, but for the rabid King fan it’s an interesting look into the life of the author.
It’s the middle segment of the book where King offers the goods. The tips to writing that makes for good reading include similar tendencies I developed in my academic pursuits. King even name-dropped The Elements of Style throughout his text, which I had put to use in college.
Beyond sentence structure King’s emphasis is crafting fiction. This is the gray area that has worked for him, if it’s true. I wouldn’t take the advice as that which all should follow, but one radical element stood out to me. I scoffed, at first, but further consideration has given the idea validity in my mind, though it’s not for me. This claim is that King does not plot, and that it’s the coupling of questions with the writing process that crafts his stories. Like a scientific theory more than one party must handle the notion if it’s to be considered fact. From here I point towards Matt Stone and Trey Parker, the minds behind South Park. At a college lecture on writing Stone and Parker described an approach that considers the full plotting of an episode to produce a result that is predictable. To avoid this the writing starts with a premise, and they throw questions at it until something sticks, and eventually takes shape.
Sorry to venture off there, but it’s the notion that King’s approach works for successful writers beyond himself that suggests the idea has some commercial merit. I do enough plotting to know where I’m going, lest I get to a pivotal moment and take the easy way out… but I must acknowledge appreciation in the face of difference.
This book is no holy grail. King offers no magic beyond general practices, and personal preferences. It’s another chunk of text on writing in a sea of such material. Yet I’d recommend it to those getting started, or even an experienced writer in need of a refresher. King’s voice is clear, encouraging, and easy to understand. 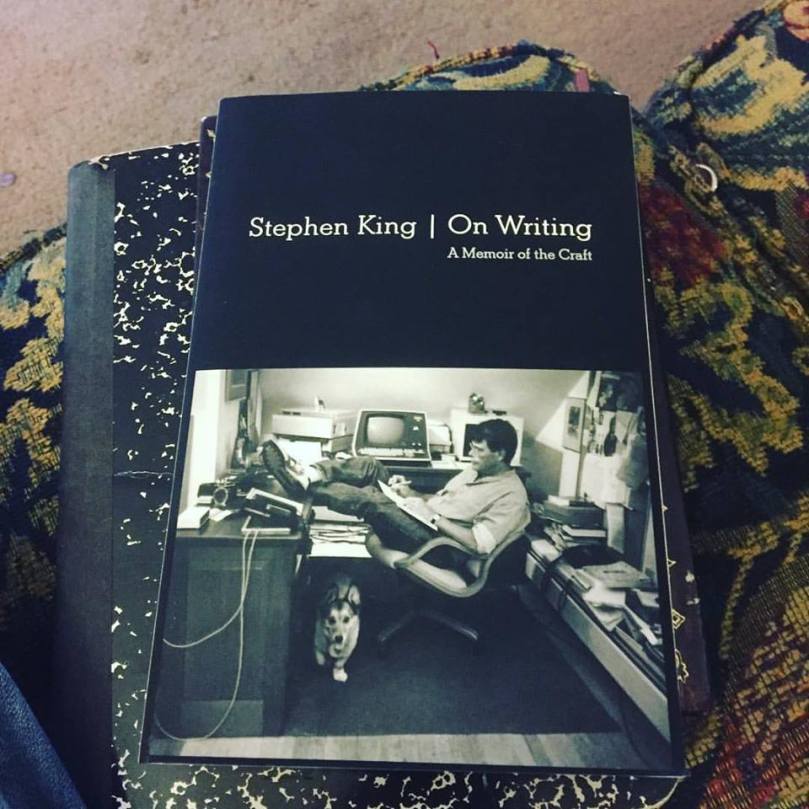 3 thoughts on “Book Review: ‘On Writing’ by Stephen King”